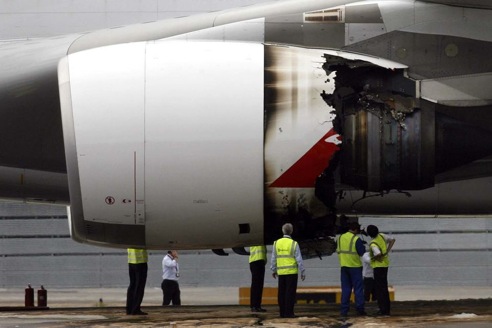 US-based aerospace analyst Richard Aboulafia says there is enormous pressure on jet engine manufacturers to push the limits of their technology.

“You’ve had a real move by the aeroplane manufacturers, Airbus and Boeing, to make aircraft do more, lift more, and go further with better economics,” he said.

“In the meantime from the engine maker’s standpoint they have to make a given set of technology do more, fit a variety of different applications.”

Computer scientist Professor Peter Ladkin from the University of Bielefeld in Germany says there are growing demands on jet engines makers to reduce their environmental impacts.

Professor Ladkin maintains a database of information on aircraft accidents going back 20 years and he says the pressure on engine technology is coming largely from concerns about climate change and the price of oil.

“And on the other hand they want to get more power out of them.”