Steve Wozniak : How Do You Change the World? 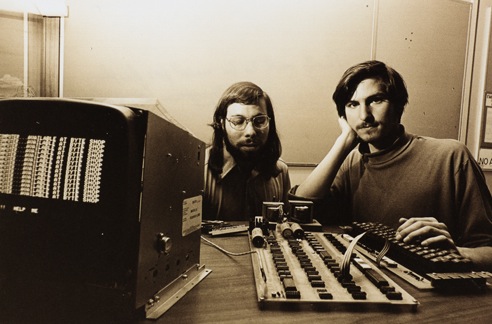 Well, first you need to believe in yourself. Don’t waver. There will be people, and I’m talking about the vast majority of people, practically everybody you’ll ever meet, who just think in black-and-white terms. Most people see things the way the media sees them or the way their friends see them, and they think if they’re right, everyone else is wrong. So a new idea, a revolutionary new product or product feature, won’t be understandable to most people because they see things so black and white. Maybe they don’t get it because they can’t imagine it, or maybe they don’t get it because someone else has already told them what’s useful or good.

The only way to come up with something new or world-changing is to think outside of the constraints everyone else has. You have to think outside of the artificial limits everyone else has already set. You have to live in the gray-scale world, not the black-and-white one, if you’re going to come up with something no one has thought of before.

Most inventors and engineers I’ve met are like me, they’re shy and they live in their heads. They’re almost like artists. In fact, the very best of them are artists. And artists work best alone, best outside the corporate environments, best where they can control an invention’s design without a lot of other people designing it for marketing or some other committee.

It’s so easy to doubt yourself, and it’s especially easy to doubt yourself when what you’re working on is at odds with everyone else in the world who thinks they know the right way to do things. Sometimes you can’t prove whether you’re right or wrong. Only time can tell that. But if you believe in your own power to objectively reason, that’s a key to happiness. And a key to confidence.